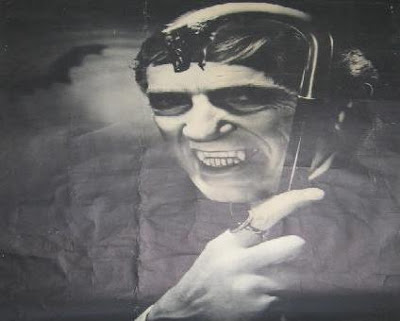 Johnny Depp has been rumored, attached, and in talks for more movies than just about anyone in Hollywood recently. Obviously, there’s no way he’ll ever find time to do all of them. So MTV caught up with Captain Jack, pinned him to the floor, and made him fill out a questionnaire filled with movie titles. Presumably their goal was not only to find out what Johnny Depp is up to. Depp put a big YES! Next to the ones he’s definitely involved in.

Only two movies on the list got the yes treatment: Pirates of the Caribbean 4 and the long rumored movie version of Dark Shadows. He also confirmed that as rumored, Tim Burton will be involved in the Dark Shadows adaptation.

Dark Shadows was a gothic weekday soap opera which aired on ABC during the late 60s and early 70s. The show featured vampires, werewolves, ghosts, zombies, and an assortment of strange monsters. It was anchored by a vampire named Barnabus Collins who lives in an elaborate mansion full of strange happenings.

Here is a short but recent interview with Johnny Depp.

Posted by Atrueoriginall at 1:33 PM

Wow! Thanks for letting us know. I'm not sure how I feel about it. I think Johnny and Tim are sleeping together??? I heard they're doing a remake of Alice in Wonderland which will probably take a dark turn like the godawful remake of "Willy Wonka." I hope Tim Burton can step back and get his vision together. I'm keeping my fingers crossed because I always wanted to see a non-campy version of Dark Shadows, but I just don't see Johnny Depp in that part!

I imagine they're best friends. I don't think Depp's wife would like him sleeping with Burton. lol

I don't care what Depp does, I just love staring at his face. He's a perrrrrty. :)