When Ghost Lab first aired I actually turned it off after 30 or so minutes. Then I watched the second one and the third and got to know the crew and their personalities a little better. I went back and re-watched the first and actually liked it this time because I now knew where they were coming from. If they continue to perform as they did in the third episode, I might think that they could some day give Ghost Hunters a run for their money. 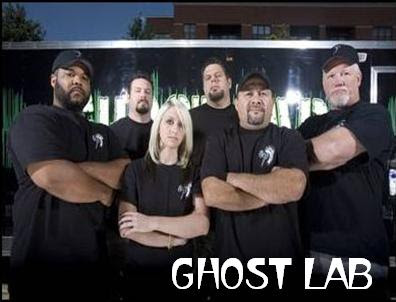 Posted by Atrueoriginall at 9:49 AM

I have to admit, I'm thrilled to see a team that is well-funded and actually talks to experts for advice--novel idea. Ghost Hunters has become so inbred on their info and equipment that they're boring us to death doing the same thing every time. I like the concept (of course since I write ghost hunting theories) of testing different theories each time they hit a place. I like that they bring in experts. I think my only pet peeves are that apparently they have only 1-year's experience at this which makes me think they just haven't been in the field enough to get a body of knowledge, and I'm also admittedly put off by the Nascar good ole boys network of men wearing matching Tee's. It's a bit too A-team for me and their personalities are a bit too big and boastful. Real researchers are humble and don't attract attention to themselves. It's apparent that becoming stars was their first priority and they were clever enough to figure a new way into ghost hunting. This is the direction the field needs to go, but had the team been made up of geologists, psychologists, physicists, it would have been the most brilliant and contributory thing since "America's Most Wanted." Plus, I admit the intellectual debates amongst scientists would be as stimulating and probably as goofy as "Big Bang Theory."