No need to watch these trailers anymore. You can now watch the full episode HERE. 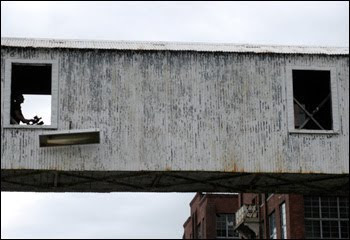 Further down the page is a 1:55min sneak preview that follows the trailer.

The abandoned Remington Arms factory in Bridgeport, CT, has a dark history. Once the largest supplier of munitions in the world, mysterious explosions, electrocutions and melted bodies has earned it a deadly reputation. Eyewitness accounts of fire, shadow people and even sabotage still haunt the factory today.

After the United States Civil War ended, many Americans owned guns and the global market to supply shotgun shells and bullets was expanding. In 1867 the Union Metallic Cartridge Company opened a factory in Bridgeport's East End. In 1912, the European conflict that would eventually become World War I was escalating, and in an effort to increase their production of ammunition and rifles, Union Metallic merged with the Remington Arms Company to form Remington U.M.C. 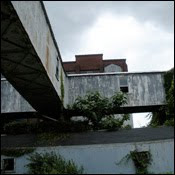 By 1914, WWI had rocked Europe. Remington kicked up its production output by building a massive factory comprised of 38 buildings over 73 acres -- all in less than a year. Remington also employed 300 former soldiers to patrol the buildings and the factory lines. After $12 million in 12 months, Remington was now 1 of the largest ammunitions plants in the world.

The factory continued to supply ammunitions throughout WWI and the Russian Civil War (1917-1923), churning out approximately 10,000 rifles per day. The New York Times called the plant "the greatest small arms and ammunition plant in the world" employing well over 17,000 people.

Of course, this powerful and lethal production line had a dark side.

In a factory that large and with an emphasis on output rather than safety, industrial accidents were commonplace and often fatal. On April 4, 1905, 3 men were killed when an explosion blew 1 of the 38 buildings to pieces. Lead dust from the bullets filled the factory and slowly poisoned those with prolonged contact. Many workers lost fingers in the presses or suffered injuries from accidents with chemicals and gunpowder.

In July 1914, in the midst of Remington's WWI expansion, at least 100 workmen went on strike. Remington's private security coupled with local Bridgeport police acted with lethal force to stop rioting and quell the discontented workers. Countless were injured and 18-year-old Frank Monte died.

March 28, 1942, was the factory's darkest day. An explosion in 1 of the munitions buildings claimed the lives of 7 people and injured 80 others. The fire from the explosion set off countless bullets that ripped through nearby buildings and neighborhoods.

After WWII ended, the world's demand for rifles and bullets fell sharply. Over the next few decades, Remington sold off various buildings and eventually closed for good in 1986. What was once 1 of the largest ammunition factories in the world is now a refuge for homeless people and criminals. The Bridgeport police who patrol its grounds have seen moving shadows, disembodied voices and screams, and other unexplained paranormal events.

Posted by Atrueoriginall at 5:11 PM