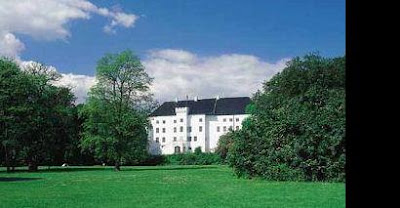 Originally aired: Feb 4, 2009 -
Dragsholm castle, Sealand, is one of Denmark’s best known haunted castles and was constructed during the 12th century by Bishop of Roskilde. When the castle was finally completed it became home to royalty and nobles alike.

Like all castles from this period, stories of ghosts and weird sounds are a plenty. Dragsholm with its own dark and ghastly history is no exception and comes complete with three ghosts.

The first of these is the Grey Lady who is reputedly said to be that of a maiden employed with in the castle. She was struck down by a toothache which left her in great pain. The maiden distressed and troubled, sort help and eventually the toothache was cured.


It is said that after her death, she returns the castle each night to make sure that everything is in order as a sign of thanks to those that helped cure her pain.

The second of our ghosts, The White Lady and the most tragic of the three, is a story about young love. It involves a young girl (a daughter of one of the Dragsholm castles former owners) who for her sins fell in love with a worker at the castle. Due to their birthrights, she of noble birth and he a commoner, had to keep their lover for each other a secret from her father. This went on for some time until one day the girl’s father found out about the whole affair.

He went into a violent rage and ordered his servants to lock his daughter away and imprison her within the walls of the castle.

During the early part of the 20th century workers were tearing down some old walls for a new toilet complex. To their horror they came across a small recess in one of the walls which contained a small skeleton wearing a white dress.

Her young child like sprit has been seen roaming the corridors of the castle. 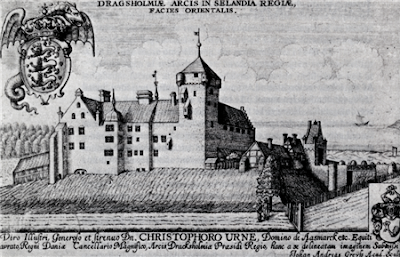 Our last ghost is that of the Earl of Bothwell, who was held prisoner inside Dragsholm castle for 5 years during the 1500’s. It was said that imprisonment turned the Earl mad and he died still imprisoned in 1578.

The Earl has been seen riding into the courtyard of the castle with his horse and carriage with many visitors claiming to have heard the horses hoof beats upon the cobbled yard.

In recent years a group of parapsychologists from America undertook some investigative work into the so called activities within the castles walls. Their findings had shown that in some areas of the castle that there were extreme amounts of radio and electrical activity.

During 1937, the castle came into the ownership of the Bottger family who have since converted it into a hotel

Posted by Atrueoriginall at 2:41 PM